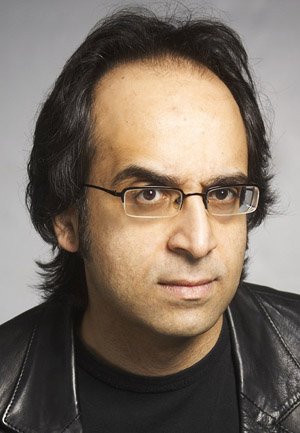 For the past decade Inder Manocha, one of the longest serving members of the Regional Baha’i Council for England, has been a popular master of ceremonies at Baha’i events in the UK for his quick wit and intelligent humour. In 2001 Inder chose comedy as his career over the psycotherapy he had qualified in, and began performing regularly in comedy clubs with an act that mixed cultural observations from his indian heritage with amusing scenarios built from common experiences of life in England.

In 2004 Inder won the EMMA (Ethnic, Multicultural, Media, Award) in the category best Comedy/Comedian. Inder has been making appearances in the Edinburgh Festival since 2003 but this year he has been performing his own nightly 45 minute show, “Unpronounceable”. While anybody can perform at the Edinburgh Festival fringe it is still a prestigious venue for comedians because it is so well attended by the public and every show is likely to receive several reviews in the press, there are also awards for the best shows and the best newcomers.

Among Inder’s Edinburgh reviews Hairline says that “Not only is he very funny but his subject matter really makes you think” and Three Weeks describes Inder as “tackling racism with the contempt it deserves, and conjuring up a belly of laughs with his sharp-shooting cultural observations.”

The Scotsman printed an interview with Inder Manocha and another commedian called DJ Danny on 5th August.

Some of the less enthusiastic comments I have read on Inder’s “Unpronounceable” show have been based on the expectation of something greater from past performances. Overall the reviews have placed Inder on about 3 stars out of 5, I have not seen the Edinburgh show but I have seen Inder perform on many earlier occasions and he has been hilarious, not just to me but evidently to the entirity of the audiences where I have seen him.

Inder is performing at the Pleasance Courtyard in Edinburgh until 28th August.

One thought on “Inder in the Edinburgh Festival”