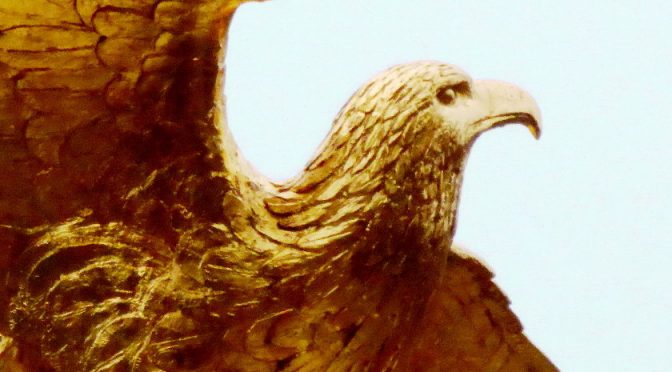 It is not an official commemoration on the Bahá’í calendar, but sixty years ago today “The Guardian of the Cause of God”, Shoghi Effendi, who was entrusted with the authority to guide the worldwide Bahá’í community and to interpret the Writings of Bahá’u’lláh and ‘Abdu’l-Bahá, his great-grandfather and grandfather, passed away, unexpectedly early,  having fallen victim to an Asian flu pandemic.

There would be little point in trying to pen an adequate blog post about who Shoghi Effendi was, the workload he carried, the challenges he faced and the victories he won. His wife, Hand of the Cause of God ‘Amatu’l-Bahá Ruhiyyih Khanum’s biography of his life, The Priceless Pearl, runs to 482 pages and Earl Redman’s story of his life through the recollections of those who met him, Shoghi Effendi through the Pilgrim’s Eye, contains two volumes totalling 879 pages, and both of those publications make it clear that this life was so full of sacrificial endeavours that – even were the records of all his efforts to exist – no number of volumes would contain adequate testimony to the  service he rendered humanity in the course of his lifetime.

This post, then, is mainly a chronological collection of pictures based on a video that I was kindly invited to collaborate in the making of, which played a small audiovisual role in a much longer and more complete introduction to his life at a Bahá’í Summer School in Ireland many years ago. The video itself appears later in this post.

From his earliest childhood, Shoghi Effendi shared a special connection and love with his grandfather, ‘Abdu’l-Bahá. An early western believer, Ella Goodall Cooper, left this account of her first glimpse of the future Guardian:

“a small figure appeared in the open doorway, directly opposite ‘Abdu’l-Bahá. Having dropped off his shoes he stepped into the room, with his eyes focused on the Master’s face. ‘Abdu’l-Bahá returned his gaze with such a look of loving welcome it seemed to beckon the small one to approach Him. Shoghi, that beautiful little boy, with his exquisite cameo face and his soulful appealing, dark eyes, walked slowly toward the divan, the Master drawing him as by an invisible thread, until he stood quite close in front of Him. As he paused there a moment ‘Abdu’l-Bahá did not offer to embrace him but sat perfectly still, only nodding His head two or three times, slowly and impressively, as if to say — “You see? This tie connecting us is not just that of a physical grandfather but something far deeper and more significant.” While we breathlessly watched to see what he would do, the little boy reached down and picking up the hem of ‘Abdu’l-Bahá’s robe he touched it reverently to his forehead, and kissed it, then gently replaced it, while never taking his eyes from the adored Master’s face.” – The Priceless Pearl

In The Priceless Pearl there are several anecdotes from Shoghi Effendi’s childhood, including one related by Dr Zia Baghdadi, that

“when Shoghi Effendi was only five years old he was pestering the Master to write something for him, whereupon ‘Abdu’l-Bahá wrote this touching and revealing letter in His own hand:

“”O My Shoghi, I have no time to talk, leave me alone! You said “write” – I have written. What else should be done? Now is not the time for you to read and write, it is the time for jumping about and chanting “O my God!”, therefore memorize the prayers of the Blessed Beauty and chant them that I may hear them, because there is no time for anything else.”

“It seems that when this wonderful gift reached the child he set himself to memorize a number of Bahá’u’lláh’s prayers and would chant them so loudly that the entire neighbourhood could hear his voice; when his parents and other members of the Master’s family remonstrated with him, Shoghi Effendi replied, according to Dr Baghdadi, “The Master wrote to me to chant that He may hear me! I am doing my best!” and he kept on chanting at the top of his voice for many hours every day. Finally his parents begged the Master to stop him, but He told them to let Shoghi Effendi alone.”

After studying at what is now known as the American University in Beirut, Shoghi Effendi returned to Haifa to work alongside his grandfather, ‘Abdu’l-Bahá, as a secretary.  He then went to study at Oxford University to gain whatever skills England could offer him for better serving the Bahá’í Faith.

It was while Shoghi Effendi was in England that ‘Abdu’l-Bahá passed away, in November 1921, and he returned to the Holy Land. This event was particularly life-changing for Shoghi Effendi because he had not only lost his most dearly loved Master, his grandfather, and the Central Figure of his Faith, but he was also appointed by ‘Abdu’l-Bahá, in his Will and Testament, as the new central figure of the Bahá’í Faith. All of Bahá’u’lláh’s followers were instructed

“...to turn unto Shoghi Effendi — the youthful branch branched from the two hallowed and sacred Lote-Trees and the fruit grown from the union of the two offshoots of the Tree of Holiness, — as he is the sign of God, the chosen branch, the Guardian of the Cause of God“.

The reference to the “the youthful branch branched from the two hallowed and sacred Lote-Trees and the fruit grown from the union of the two offshoots of the Tree of Holiness”  arises from Shoghi Effendi being a direct descendant of the prophet Abraham through two of his three wives.

‘Abdu’l-Bahá furthermore instructed the Bahá’ís, in that same document, to:

“…take the greatest care of Shoghi Effendi, the twig that hath branched from and the fruit given forth by the two hallowed and Divine Lote-Trees, that no dust of despondency and sorrow may stain his radiant nature, that day by day he may wax greater in happiness, in joy and spirituality, and may grow to become even as a fruitful tree.”

Sadly, the Bahá’í world largely failed in fulfilling this request, especially in the first three decades of his Guardianship. Shoghi Effendi had been witness to how ‘Abdu’l-Bahá had been afflicted by those intent on causing mischief and undermining His authority, and now he faced the same challenges. Furthermore, he was not the typical head of a religion arising in the East, as was perceived at that time, he was a young beardless man who could speak English with a mild Oxford accent – and there were many who challenged the extent of his authority in spite of the clear instructions of ‘Abdu’l-Bahá.

Nonetheless, Shoghi Effendi would never do any less than his best to serve his grandfather, and the Cause he loved so much, with enemies reaching out to Bahá’ís and government authorities with misinformation to discredit him, and the world trying, but ultimately failing, to establish peace after the first world war, Shoghi Effendi stepped into the role ordained for him.

His greatest support in those early years was Bahiyyih Khánum, daughter of Bahá’u’lláh and sister of ‘Abdu’l-Bahá, who had remained faithful to what Bahá’ís call “the covenant”, the authoritative line of leadership for the Bahá’í community.  At times, when Shoghi Effendi was unwell or in desperate need of rest, it was Bahiyyih Khanum who held the reins on his behalf. When, on 15th July 1932, Bahiyyih Khanúm finally winged her own way to the next world, The Guardian called for a nine-month suspension on all forms of religious festivity.

Five years later, on 24th March 1937, Shoghi Effendi married Mary Maxwell, a Bahá’í born in New York and raised in Montreal, who had met Shoghi Effendi on two earlier pilgrimages and was on pilgrimage again when the courtship and marriage took place.

Thus far I have inadequately introduced Shoghi Effendi and the Guardianship in terms of what the role was, the challenges he faced and how little support he had in his early years for such a demanding role. Just how much Shoghi Effendi achieved in establishing the Faith around the world I suspect will never be fully appreciated, but the following short video, which I referred to earlier, attempts to show some of what he achieved in his lifetime.

The video also includes a recollection from Hand of the Cause of God Leroy Ioas of what Shoghi Effendi told him of the experience of being appointed The Guardian:

“How many times I have heard him say: ‘If I were only happy, if they would only make me happy, you would see what I would do for the Cause!’ He is like a spring. Every time it begins to bubble and flow, something comes along and plugs it up again! When one realizes that all the work he has done for the Cause has been in spite of his sufferings and persecutions, and never because he was free and happy and at rest within himself, one realizes how great the accomplishment is and also one wonders what it might have been if he had been happy.”

The Bahá’í community, which exists in its current form because Shoghi Effendi dutifully carried out the role he was appointed to by ‘Abdu’l-Bahá, clearly failed to fulfil their instructions from their same beloved Master to:

“take the greatest care of Shoghi Effendi… that no dust of despondency and sorrow may stain his radiant nature, that day by day he may wax greater in happiness, in joy and spirituality, and may grow to become even as a fruitful tree”.

All we can do now, as individual Bahá’ís, is dutifully serve the institution of the Universal House of Justice he so arduously strove to establish as a culminating goal of his Ten Year Crusade.

“Every Bahá’í must fight with himself and conquer himself. And when he’s conquered himself, then he becomes a true instrument for service to the Cause of God” – Hand of the Cause of God Leroy Ioas recalling Shoghi Effendi’s words.

Rob's Inroduction to our Bahá'í Wedding

Rob Weinberg talking about Baha'i Marriage at the start of our Baha'i wedding ceremony. The Baha'i wedding vow is "We will all, verily, abide by the W…