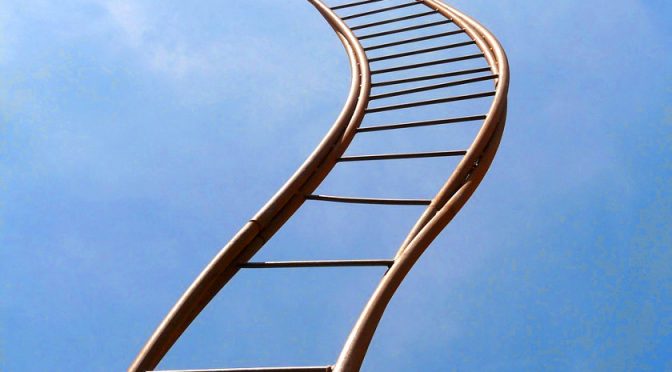 “We, verily, have made music as a ladder for your souls, a means whereby they may be lifted up unto the realm on high; make it not, therefore, as wings to self and passion.”
– Bahá’u’lláh

Around the middle of the last decade, I was very pleased to have a few friends who sent me CDs of Bahá’í music to play for my wife. I had heard some of the music before, but some of it was new to me and I was impressed with the quality of a lot of the music. This was also the time at which social media was becoming a bigger thing. MySpace, YouTube and then Facebook became popular places for sharing music and there was a flood of Bahá’ís sharing their music online.

“They who recite the verses of the All-Merciful in the most melodious of tones will perceive in them that with which the sovereignty of earth and heaven can never be compared.”
– Bahá’u’lláh

I don’t often relate the next piece information, but now I am going to make it public. This is, of course, just my perspective, but with the advent of services like YouTube and CDBaby it became possible for anybody with a camera or a microphone and a musical instrument to publish themselves, and a lot of Bahá’ís were doing this, and the rest of us Bahá’ís were all so loving and encouraging and happy to hear Bahá’í-inspired lyrics and tunes that we didn’t turn round to these people and say “it’s a great song but you can’t really sing that well” or “you’re a great singer but your song is so simple” or even “it’s catchy, uplifting and I love it but it’s not professional in its quality” and so suddenly there were lots of Bahá’í musicians on the Internet promoting themselves, and being promoted by other Bahá’ís, as excellent and selling their home-recorded albums for the same price as the world’s top-selling artists were offering their work, produced with dozens of professionals artists and technicians in the best recording studios. I quite liked this, I liked that these people could do it, I liked that they thought they were that good, and I liked that other Bahá’ís were promoting them as if they were that good, but thanks to friends and an intuitive ability to find practically anything on the Internet, I knew that there were some great songs out there which people weren’t hearing because when they looked for Bahá’í music they mainly  found videos of people strumming something on the guitar and singing with a crackly microphone picking them up.

I wanted my friends to hear some of the higher quality recordings out there and some of the diversity of styles out there, how much more than  “We Are Drops” was now available. So I eventually set up a Facebook group called The Bahá’í-Inspired Music Listeners’ Club and shared some music there, encouraging friends to do the same. The group grew a little, and when I started finding it hard to be on Facebook – and indeed left Facebook for a while – I added another admin, who added another admin named Harri Peltola to better look after the group in my absence. Harri is from Finland and has a lot of connections with Bahá’í music artists and a huge collection of music.

In this dispensation, music is one of the arts that is highly approved and is considered to be the cause of the exaltation of sad and desponding hearts.
– ‘ Abdu’l-Bahá

Every so often Facebook have changed the way their “groups” and “pages” work over the years, at one time it seemed groups would cease to work so a page version of the group was set up, then pages became more commercialised and didn’t appear in peoples news feeds so easily so the group was given more focus again, and the two exist alongside each other. The good thing about the group is that the content looks after itself to some extent, I just have to delete the posts that don’t meet the guidelines.

Music in the Bahá’í community has evolved a great deal now, and I think that the next things we are going to see more of are Bahá’í-inspired music in the mainstream market, and a wider adoption of grass-roots collective music by the community as a whole.

The former has happened from time to time, Seals and Crofts being the most successful example of a group selling music about Bahá’u’lláh to the general public, and I think the days where this might again become very popular are nearing, but there have been a few fairly successful attempts over the last 4 or 5 decades.

But the Bahá’í world has changed somewhat. Finding good Bahá’í music is now much easier. Even the songs that are sung by Bahá’ís around the world have evolved over the last ten years, but we experience music in two different ways, one of those ways is a consumer, whether we are paying or not, a talented individual performs and we listen, then there is the actual singing and playing of music, which has been a unifying communal activity throughout the ages, and in the west I feel we may have drifted away from that for a while but are starting to return to it. Certainly in Newcastle upon Tyne, in England, there is often a lot of collective singing during the devotional parts of our meetings, whatever those meetings might be. The two uses of music often adopt very different styles, as the collective style has to be more forgiving of a number of voices being out of tune, but I would personally love to see more videos of Bahá’ís utilising music in this way – as it is done around the world -being shared, for those who have not managed to introduce it so successfully to get ideas and see how easily it can flow.

You can visit the Facebook group I’m referring to in this article here, and the Facebook page version of it here. They have a lot of resources in them, videos, documents, links to artists etc.

I’ll end with a handful of the most popular Bahá’í-inspired songs that have proper YouTube videos, across decades and genres:

Still here? Here is a playlist of lots of Bahá’í-inspired music artists:

Unexpectedly saw about 30 seals on the rocks next to St. Mary's Lighthouse, shortly after 4 am on 29th May, used a compact camera with 30x optical zoo…