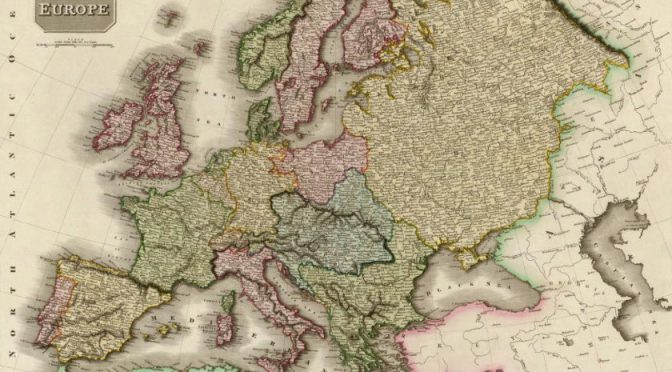 A story about ‘Abdu’l-Bahá and a reflection on the sacrifices He made to travel to, and around, the West.

This story was included in a talk by Hand of the Cause of God Abu’l-Qásim Faizi at an event in Melbourne in 1969.

It is set in Europe during Abdu’l-Bahá’s travels to the West.

Also in the West, at that time, was a Persian prince called Mas‘ud Mirza Zillu’s-Sultan, he was the eldest son of Násiri’d-Dín Sháh and he was involved in the deaths of at least 100 Bahá’ís, including two brothers in the city of Isfahan to whom Bahá’u’lláh gave the titles “The King of Martyrs” and “The Beloved of Martyrs”.

Zillu’s Sultán became aware that he was in the same city as ‘Abdu’l-Bahá, and he went to him with a question:

“I have come to ask you one question. Look at me, my hat is covered with diamonds, my garments have all sorts of jewels, and yet when I walk in the streets, nobody looks at me or pays any attention to me. And yet, when you walk in the streets and you have the simplest garment in the world, everyone makes way for you. They come to you. There are always hundreds of people at your door. I want to know why.”

`Abdu’l-Bahá knew him and knew that because of him many of the Bahá’ís had been put to death. Therefore he told him, “Your Highness, will you sit down a little and I will tell you a story?”

The prince sat down.

The Master said: “Once a wise man passed the square of a certain town and found one of the richest people of that town gloomy and sad, brooding over his sorrows in the corner of the square. He went to him and asked,

`What is the matter with you?’

He answered, `I have enough money to be the greatest merchant in this town, but I am not satisfied. I want to be greater than that.’

The wise man said, `For instance, what would you like to be?’

The merchant replied, `I want to be the governor of this town.’

The wise man said, `If I make you the governor of this province, not the town, but the whole province, will you be satisfied? Please search your heart and give me the true answer.’

The man pondered and then said: `Honestly, I will not be satisfied. I want to be a minister.’

`I will make you a Minister, but give me another honest answer, will you be satisfied?’ After that, he wanted to be King of the country, and the wise man said, `I will make you the king, will you then be happy and satisfied? Do you want anything beyond that?’

The man replied, `After that there is nothing.’“

`Abdu’l-Bahá then said to the prince, “Your Highness, I am that nothing.”

The following short video reflects on the sacrificial effort ‘Abdu’l-Bahá made to travel to the West.