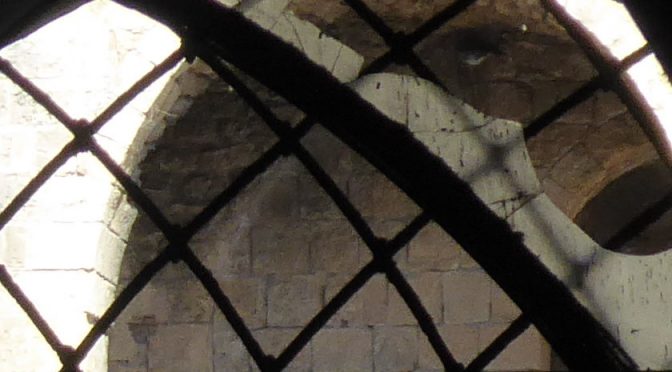 The Bahâ’í Faith might promise many blessings to its most dedicated followers, but an easy life is not one of them.

In the Long Healing Prayer revealed by Bahá’u’lláh, one of the attributes by which we invoke God is:

“O Thou Who slayest the lovers, O God of grace to the wicked!”

Tests are often the lot of Bahá’ís, one does not become a Bahá’í to be rewarded with a comfortable life, Bahá’ ís are aided with tests to develop our spiritual natures:’ Abdu’l-Bahá spoke of how suffering improves us:

“Men who suffer not, attain no perfection. The plant most pruned by the gardeners is that one which, when the summer comes, will have the most beautiful blossoms and the most abundant fruit.
“The laborer cuts up the earth with his plough, and from that earth comes the rich and plentiful harvest. The more a man is chastened, the greater is the harvest of spiritual virtues shown forth by him.”

The following is a non-authoratative recollection from ‘Abdu’l-Bahá’s  time in London, so it may not be accurate, but it reflects an ideal attitude toward tests:

‘ One evening ‘Abdu’l-Bahá was on the way back to Cadogan Gardens, where he was being hosted, and the route led  over the Serpentine Bridge in Hyde Park. Dusk had fallen and lights twinkled through the foliage. It was an enchanting sight, and ‘Abdu’l-Bahá said:

‘ ‘I am very much pleased with this scene. Light is good, most good. There was much darkness in the prison at ‘Akká.’

‘British Bahá’ís who were with Him felt deeply the poignancy of His remark and expressed their joy that He had at last gained His freedom. He replied:

”  Freedom is not a matter of place . . . I was happy in thatprison, for those days were passed in the path of service.To me prison was freedom.Troubles are a rest to me.Death is life.To be despised is honour.Therefore was I full of happiness all through thatprison time.  When one is released from the prison of self, that isindeed freedom! For self is the greatest prison.When this release takes place, one can never be imprisoned.Unless one accepts dire vicissitudes, not withdull resignation, but with radiant acquiescence, onecannot attain this freedom”

“Such is this mortal abode: a storehouse of afflictions and suffering. It is ignorance that binds man to it, for no comfort can be secured by any soul in this world, from monarch down to the most humble commoner. If once this life should offer a man a sweet cup, a hundred bitter ones will follow; such is the condition of this world.”

When life seems like a string of bitter tests, I often twist this quote around – which I obviously shouldn’t do – to suggest that I might be due a sweet cup soon!

But the far better approach is to appreciate the 99 bitter cups, to see the end in the beginning, and recognise the opportunities for growth that each challenge brings.