Baha'is in #Iran have suffered constant systematic persecution past 42 years. Thank you @USAdarFarsi for highlighting the egregious forms of repression, arbitrary detention, discrimination and exclusion from higher education that Baha'is are suffering in their homeland. #Bahai twitter.com/USAdarFarsi/st…

@Actually_Tina This is about as inflammatory as the Bahai'i "you may not actively be gay" rule. Do they really think every church should become TEC?

A commentary: "The turmoil and dislocations confronting present-day society will not be solved until both the scientific and religious genius of the human race are fully utilized." #Science #Bahai Read about a vision of the future at: bahai.org.mt/a-vision-of-th…

"and loosen the hold of biased norms and social systems so that they can gradually take on a new form in keeping with the requirements of humanity's age of maturity." #bahai #UniversalHouseOfJustice 7/7 July 22, 2020

"This divine love, ignited by the Word of God, is disseminated by enkindled souls through intimate conversations that create new susceptibilities in human hearts, open minds to moral persuasion, ..." #bahai #UniversalHouseOfJustice 6/7

"Ultimately, the power to transform the world is effected by love, love originating from the relationship with the divine, love ablaze among members of a community, love extended without restriction to every human being." #bahai #UniversalHouseOfJustice 5/7

"The change required is not merely social and economic, but above all moral and spiritual." #bahai #UniversalHouseOfJustice 4/7

"It cannot be rooted out by contest and conflict. It must be supplanted by the establishment of just relationships among individuals, communities, and institutions of society that will uplift all and will not designate anyone as 'other'." #bahai #UniversalHouseOfJustice 3/7

"It deprives a portion of humanity of the opportunity to cultivate and express the full range of their capability and to live a meaningful and flourishing life, while blighting the progress of the rest of humankind." #bahai #UniversalHouseOfJustice 2/7

"Racism is a profound deviation from the standard of true morality." #bahai #UniversalHouseOfJustice

(2) "Let them know, however, for a certainty that the onslaught of both the disbeliever and the oppressor will become a means of promulgating this Divine Cause, of proclaiming the Word of God and of consolidating the foundations of His holy Faith." bit.ly/2TbUiNz #bahai 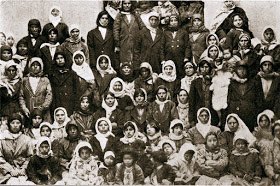 Sheida was first arrested for holding a fundraiser in support of the #Bahai community in her hometown. Iranian authorities freed her temporarily in March. When they called her back in May, they put her in a cell with people with #COVID symptoms. #SetThemFree 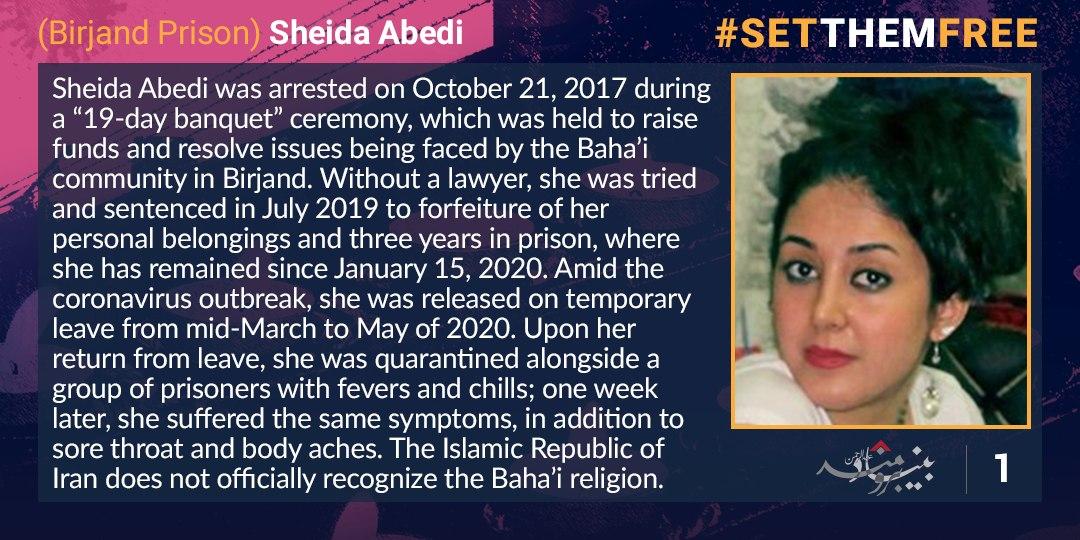 Even in the midst of a pandemic, #Iran's ruthless religious persecution of the #Bahai has escalated. As always, the 'charges' against them are baseless. Canada must act. #ReligiousFreedom #FoRB @IPP_FoRB @CanadaBahai news.bahai.ca/en/articles/a-…