This is just a quick note to say that…

It has been a very crazy three or four weeks and I am still feeling a little bowled over by it all, but it looks like we are all well.

Amy has written a note to herself that follows her New York Marathon run on Sunday. Thanks to all who supported her!

Manoocher was able to send me an email today and asked that I no longer share information about his progress through my blog. To avoid controversy and confusion Diana is the only source for information relating to this. Her email address is dkitanova[at]excite.com.

On November 4th this year Amy Sahba will be running the ful 26.2 miles of the New York Marathon to raise money for research into leukaemia and lymphoma.

As a young child Ladan suffered from leukemia and was lucky enough to make a full recovery. More recently, Ladan’s father Bizhan has also survived a different form of leukemia, though he has been left with less energy on a day to day basis. 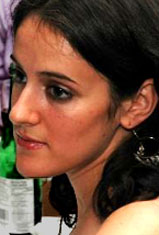 Amy’s grandfather, Frank Marshall, died from leukaemia in 1982. On November 4th Amy will be remembering her “Daddy Frank” as she sacrifices the comfort of her body in his name, in Ladan’s name, in Bizhan’s name and in the names of (currently) six other people through whom cancer has had an impact on the lives of Amy and/or her friends.

Throughout her life Ladan has frequently made donations to Cancer Research in the UK, helping increase the odds that other people would survive cancer as she did. For the last few years she has been unable to do this and so I would very much appreciate it if you could support Amy as she runs in Ladan’s name, exactly three years to the day that Ladan fell unconscious.

You can read Amy’s sponsorship page, a little more of the background to her decision to run marathons to raise money, and make a sponsorship offer, by clicking here.

Amy Sahba is the sister-in-law of the best man at our wedding and moved to New York several years ago to work with CNN. She is in training to run a marathon in which she hopes to raise $1,800 toward research into blood cancers such as leukemia, lymphona and myeloma.

This is cause very close to my heart and even closer to Ladan’s, with both her and her father having suffered from leukemia in their lifetimes. I have made a small donation myself but have little to give at this time in my life, so I am encouraging others to please support Amy, with however little or much you feel comfortable offering, in her marathon endeavour.

Simply click here to read Amy’s donation page and to make your offer. Many thanks! 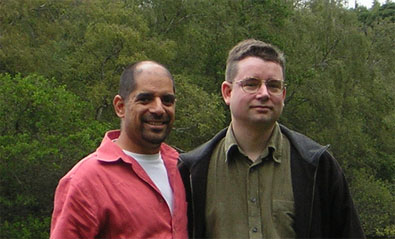 The Penshaw Monument was built in 1844 anddesigned by John and Benjamin Green, that’s all I know about it and I found that out from the BBC local website, there was no information about it at the actual site.More photos of our two small excursions can be found here. 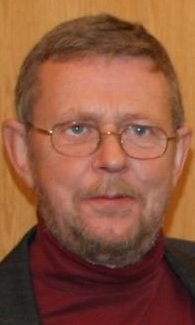 My Uncle Martin, husband to my mother’s sister Mavis, died unexpectedly from a heart attack on the morning of April 15th. He was 68 years old.

Martin had been feeling a tightness in his chest for a few days but did not feel it was anything that needed a doctors attention, on the morning of Saturday the 15th May his wife noticed he was struggling to breath and tried to assist but he soon died in her arms.

I would not say I was particularly close to Uncle Martin but I was always fond of him, as an uncle he was a cheerful man and never short of interesting things to say. He was also considered to be quite healthy, Martin and Mavis had retired to Uppingham, Leicestershire, for the surrounding countryside and views and enjoyed their walks together. I managed to make a very rare excursion from Newcastle for the occasion and was pleased to have been able to make it. My Mum also flew over from Zambia and I got to catch up with my cousin Phillip Roper whom I had not seen for many years.

The Funeral service was held on Thursday 5th May at Kettering Crematorium. It was a beautiful hot sunny day. Many of the guests had met Martin and Mavis on holiday in Greece where they often went. In the service Martin was referred to as a private man that very few people knew very well, but that everyone who did know him liked what they knew.

The picture is of Martin in Newcastle on the day of our wedding.