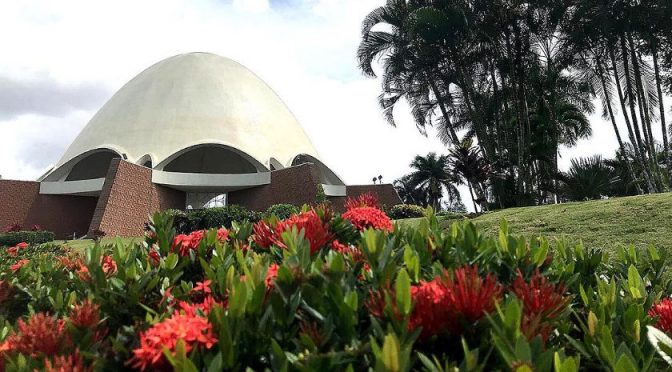 Not feeling I could do justice to any of the topics I was tempted to write about before the end of day 15 of the #bahaiblogging challenge, I decided instead to share some images of Bahá’í Houses of Worship from Instagram. These days, finding photographs of faraway places is becoming increasingly easy, and presented here are the continental Houses of Worship, and one local House of Worship, through the eyes, and lenses, of Instagram users. END_OF_DOCUMENT_TOKEN_TO_BE_REPLACED 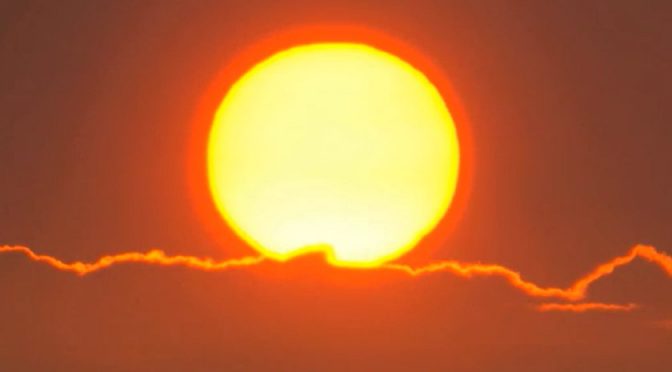 Eleven days ago, Bahá’ís across the planet celebrated the bicentenary of the birth of the Prophet-Founder of our Faith, Bahá’u’lláh.

In every country where the law does not forbid such things, the Bahá’ís held local celebrations over the impact that Bahá’u’lláh has had on their lives, their communities, and the planet. It would take several pages to adequately summarise everything that happened here in Newcastle upon Tyne (UK) to mark this anniversary,  let alone the celebrations across a whole nation or across the world, but a glimpse of the global celebrations can be viewed here  – I am likely to write more about these celebrations in the coming days or weeks.

END_OF_DOCUMENT_TOKEN_TO_BE_REPLACED

-> An updated version of this post is available here <-

Back in 2006 I posted this article giving the locations of various Baha’i sites for anybody wanting to zoom in on them in Google Maps or Google Earth. Back then a couple of the buildings were obscured by clouds, those clouds are now gone and, if you have 3D Buildings turned on, you can now fly around 3D models of the exteriors to most of the buildings. 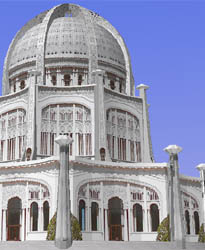 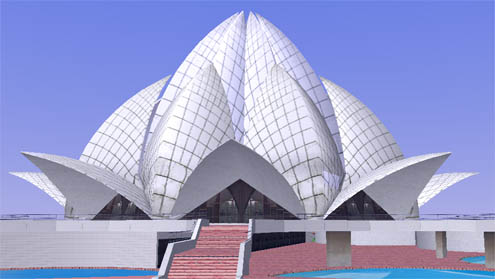 23rd May is the anniversary of the event that marks the starting year of the Baha’i Calendar, the Declaration of The Báb, the moment that the fore-runner of Bahá’ú’llah first revealed His station to somebody. It took place approximately 2 hours and 11 minutes after sunset on 22nd May 1844. As with many episodes from the history of the Bahá’i and Bábí faiths, the story of the events leading up to that moment makes good reading. I will not say much more here, rather I shall link to this much fuller article I posted here some years back

I always like to pause and savour the moment, or reflect, on anniversaries -including those from other Faiths and significant past events – when I am aware of them. I find it particularly potent to do so when these events have a time associated with them. Interestingly, while with most events in the world we take the anniversary as being the time that corresponds to when it happened in the place that it happened, Bahá’í anniversaries tend to be remembered at the local time that matches what the local time was in the place it happened. The result of this is that, rather than everyone in the world marking the moment at the same time, there is a 24 hour wave of events and individual remembrance that circles the planet with the sun (or with the time zones).

While it may have been about 2 hours and 11 minutes after sunset that The Báb declared Himself to be a Prophet, the whole day is considered to be the anniversary (the Bahá’í day being from sunrise to sunset) and so many Bahá’í communities hold their celebration at a time that isn’t so late at night. As Newcastle community has a Bahá’í Centre adjoined to a residential property we have to hold our event early the following evening (so ours is at 6:30 tonight).

Link: The Declaration of The Báb

Today, April 10th, is our 6th wedding anniversary, or our “sugar” anniversary according to British tradition. I decided that today I would share a couple of things from our wedding that will give an insight into the Baha’i wedding ceremony.

END_OF_DOCUMENT_TOKEN_TO_BE_REPLACED

HAIFA, Israel — The Universal House of Justice has announced the results of a by-election for two of its nine members.

The new members are Stephen Birkland and Stephen Hall, elected in balloting in which members of national Baha’i governing bodies around the world serve as electors. The voting was done by mail, and results were conveyed today to all Baha’i National Spiritual Assemblies.

The Universal House of Justice is the head of the Baha’i Faith. Its permanent seat is at the Baha’i World Centre in Haifa, and all members reside here for the duration of their service.

The regular election of the nine members of the House of Justice occurs every five years at an international convention, held in Haifa. The most recent election was in 2008.

The by-election was necessary to fill two vacancies created when the House of Justice approved the request of two members, Mr. Hooper Dunbar and Dr. Peter Khan, to relinquish their positions owing to their advanced age and the heavy burden of work involved in membership.

I have been closely watching the news relating to the trial of seven innocent members of the Baha’i Faith who were arrested and held for one year before any charges were made against them. 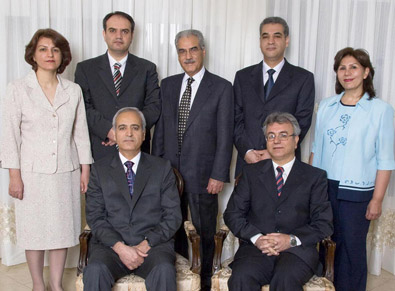 Referred to as leaders for ease of reference, the seven Baha’is served on an ad-hoc committee dealing with the basic administrative needs of the community, such as marriage. The more official National Spiritual Assembly had been voluntarily disbanded some time earlier when it was ruled by the state, which refuses to recognise the Baha’i Faith as a religion, that it was illegal.

Having been in prison since the first half of 2008, and having had a few trial dates set this year then postponed indefinitely, Monday 12th January finally saw the start of the trial. No observers were allowed into the court. A film crew was seen going into the court with interrogators from the Ministry of Intelligence but, it is reported, even the lawyers for the Baha’is – who had virtually no access to their clients over the last two years – had to argue their way into the court. The families of those arrested had also been promised a chance to meet their loved ones, this was also denied, but another meeting was arranged for this on Thursday and this did, I understand, take place.

In the court on Monday the charges against the seven Baha’is were read out, they are espionage, “propaganda activities against the Islamic order,” the establishment of an illegal administration, cooperation with Israel, the sending of secret documents outside the country, acting against the security of the country, and “corruption on earth.” The last charge carries the death sentence.

These are all baseless allegations which, for the most part, are often made against the Baha’is. It is generally recognised by institutions and human rights organisations around the world – who have again raised their voices in support this week (including Muslim groups) – that Baha’is are arrested for no reason other than their Faith which the Islamic regime in Iran does not approve of. Iranian media reports have accused the Baha’is of being behind recent protests in Iran, along side Western governments and political activists, and of disseminating images around the world of the protests on the streets. They also suggest that it is obvious that Baha’is are spies for “zionist” Israel because we have a Shrine and gardens taking up a large area of Mount Carmel in Haifa and our world-wide administrative base is there.

Baha’is, and friends of the Baha’is around the world have been keeping these seven Baha’is in their prayers and I have no doubt that the power of these prayers was felt and gave strength to the seven as they stood in the court room to hear the charges.

Unfortunately there has been no date set for the continuation of the trial and the seven “leaders” remain in prison indefinitely, awaiting what is expected to be a show trial with a pre-determined conclusion. There has, meanwhile, been an increase in the arrests and harassment of Baha’is as the media play an increasing role in spreading allegations and misinformation about the Baha’i Faith and its Iranian community.

Praised be Thou, O my God, that Thou hast ordained Naw-Ruz as a festival unto those who have observed the fast for love of Thee and abstained from all that is abhorrent unto Thee.”

For Baha’is in the west, the festival of Naw-Ruz is always March 21st (from sunset on the 20th), in Iran the new year celebration of Naw-Ruz starts at whatever time the Spring (Vernal) Equinox occurs, which will be at 3:14pm in Tehran tomorrow (or 11:44 GMT).

The Baha’i calendar also places Naw-Ruz at the same time as the Spring Equinox in the northern hemisphere, but rather than beginning at the time of the equinox, the Baha’i Naw-Ruz celebration is intended to be celebrated on the Baha’i day (sunset to sunset) during which this occurs.

“The Festival of Naw-Ruz falleth on the day that the sun entereth the sign of Aries, even should this occur no more than one minute before sunset.”

However, this aspect of the calendar has not been implemented yet and was left for the Universal House of Justice to implement. Shoghi Effendi, Guardian of the Baha’i Faith, stated that this would require that a particular spot on earth be chosen as the standard for fixing the time of the spring equinox. Otherwise the festival of Naw-Ruz would fall on different days according to where you lived in the world, for example this year Naw-Ruz would fall on March 20th for Baha’is living in Iran, Europe and the USA but would fall on March 21st for Baha’is living in Australasia.

The Universal House of Justice, aware that Baha’is in Iran use the time of the Spring Equinox to determine the start of Naw-Ruz, have stated that they do not see this as an urgent matter and that, until such a time as this has been decided upon, the Baha’is of the West should observe Naw-Ruz on 21st March (from sunset on the 20th), whatever day the spring equinox may fall upon.

“Grant, O my Lord, that the fire of Thy love and the heat produced by the fast enjoined by Thee may inflame them in Thy Cause, and make them to be occupied with Thy praise and with remembrance of Thee.”

(All quotes from Baha’u’llah, Kitab-i-Aqdas and Baha’i Prayers)